JAMAICA– Shakira Martin.  Like Ireland, she’s such a major letdown from last year’s Miss Universe 1st runner-up Yendi Phillips.  She could be considered attractive in real-world terms, but not in the stratified standards of international beauty pageants.  She seems a deadringer for former Cosby Show star Tempestt Bledsoe (who played Vanessa Huxtable), but I also heard comparisons to Keisha Knight-Pulliam (who played the youngest kid, Rudy Huxtable).  I first couldn’t quite get the latter, but then during the Presentation Show, I started seeing the Rudy resemblance—though it was a scary sight (though Keisha Knight-Pulliam actually grew up to become a sexy babe).  I don’t know, but I’ve noticed in the evening gown round of the Presentation Show, there are contestants sporting red gowns that made them look fatter than they really are—I thought white is the fattening color.  Needless to say, this lady wore a red satin gown that made her look heavier.

JAPAN– Maria Kamiyama.  Yes, she’s the first full post-Ines Ligron representative, and yes, I agree with most pageant fans and pundits that she pales in comparison with the Ligron Girls.  Her face reminds me of fashion designer Vera Wang, and Vera Wang’s facial features are not the sort that is appreciated in beauty pageants.  Still, there are still traces of the Ligron legacy as she put up a good fight during the Presentation Show.  But with the wealth of astounding Asians, it’s unlikely she’ll be granted a slot for the Top 16.

KAZAKHSTAN– Valeriya Aleinikova.  Wonder what’s up with this country?  They have fielded a host of Eurasian lookers in previous years and we were expecting an exotic stunner who won the national pageant to compete here.  But apparently the national pageant doesn’t hold the franchise anymore and the franchise holder (whoever it is) fielded this homely lady.  At the very least she looks like she’s having a lot of fun in her stay inBrazil, and she took a fashion risk during the Presentation Show reviving the 1980s with her white long-sleeved evening gown with shoulder pads.

KOREA– Sora Jung.  When she won her national pageant, most pageant fans and pundits felt that she’s a letdown from her prettier predecessors.  But when she arrived, many are seeing she could put up a great fight.  She is better looking than expected, and she has the added quality of speaking excellent English.  She likewise performed strongly at the Presentation Show, but she’s not regarded as an Asian-most-likely.  She’ll end up as a well-regarded worthwhile contender with a following because of the fact that she’s also Miss Philippines’ roommate.

KOSOVO – Afërdita Dreshaj.  This lady is already a celebrity in her country, as she’s a pop singer there.  Prior to her arrival, she’s hyped as a possible crown contender.  Then, when she set foot inBrazil, her buzz fizzled as pageant fans and pundits felt she suffered from the Emiri Miyasaka Syndrome.*5  I still wanted to give her the benefit of the doubt, but her performance at the Presentation Show was uneven, at best.  In the evening gown, she wore a pink ballgown and did not walk well in it.  She made up for it in the swimsuit round, as her tan seemed evened out and justifiable to showcase her lean and trim figure.  It’s almost like a Rozanna Purcell*6 scenario, right?

*5 The Japanese Miss Universe contestant in 2009 who spent too long in a tanning bed.

LEBANON– Yara El-Khoury-Mikhael. I find her very Arab features highly attractive.  During her video interview, I had visions of actress Laura San Giacomo.  She is another member of the P.A.T.I.S. club.

MALAYSIA– Deborah Priya Henry.  She was a semifinalist in Miss World 2007 won by China’s Zhang Zilin.  That batch yielded two Miss Universe 1st runners-up so far withDominican Republic’s Ada Aimee de la Cruz in 2009 andJamaica’s Yendi Phillips last year.  So is she going to be able to sustain that streak or better it?  Remember that the last time this country placed, it was 41 years ago.

It looks like it’s going to be a date with destiny for this lady.  A variety of factors colluded to bring forth this potentially historic moment.  They include: 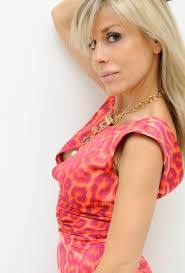 I know there are detractors who are still unconvinced about her looks, but to my eyes she is a striking, dignified stunner.  I even have visions of singer Sade when I look at her.  It’s going to be a major injustice if this lady doesn’t make the final cut as she has all the qualities to be guaranteed that spot.  I know Miss Universe doesn’t make the most intelligent girl win in recent years, but they still reward intelligence and eloquence to a certain extent.  So, yes, she may not end up winning it all, but she is on track to join Ada and Yendi to the pantheon.

MAURITIUS– Laetitia Darche.  Several pageant fans and pundits have hyped that this lady could bring forth the Mauritian breakthrough.  She is undeniably gorgeous with pleasantly exotic features and dusky complexion.  But her performance during the Presentation Show was a bit hit-or-miss—the green gown she sported for the evening gown round has a weird proportion that I find off-putting, and although she’s solid in the swimsuit round, there are several others who also delivered.  All I can say is the country is in the right direction this year.

MEXICO– Karin Ontiveros.  Early during her stay inBrazil, she is regarded as having an inside track into the Top 16 as pageant fans and pundits felt she looks prettier than her coronation photos from her national pageant may suggest.  But a couple of missteps occurred since then.  First was the video interview as she was surprisingly blasé and underwhelming—considering the enthusiastic attitude she seems to have in events since them it may be because she just arrived from her flight when the interview was recorded.  Then, there is that controversial hotel swimsuit photo where she seems ready to take off her bikini bottom.  She seemed to redeem herself with a strong Presentation Show performance, looking impeccably elegant like a fair Castillian princess.  Hopefully she likewise made a great impression during the private interview with the judges.

MONTENEGRO– Nikolina Lončar.  She didn’t really quite stand out during pageant activities but she’s garnered compliments for attractiveness.  She displayed a bubbly personality onstage after being announced as the winner of the Miss Congeniality-Universe special award.

NETHERLANDS– Kelly Weekers.  She resembles a cross between actresses Diane Kruger (“Troy”) and Jennifer Lawrence (before she dyed her hair brunette for her lead role in the “Hunger Games” trilogy).  She started winning fans when she set foot in Brazil, and in my opinion she is actually a complete package who deserves to belong to the Top 16—besides her gorgeous face, she’s a strong communicator judging from her video interview and she performed strongly during the Presentation Show as she strutted with aplomb in a white minidress-with-train and exuding sexiness during the swimsuit round.

NEW ZEALAND– Priyani Puketapu. She is a below par representative from this country, though we have to credit her for doing the best that she could.

NICARAGUA– Adriana Dorn.  Her arrival photo made several pageant fans and pundits think “Is that Miss World 2004 Maria Julia Mantilla?”  She’s delivered the goods consistently since then—besides consistently looking gorgeous like Maju Mantilla, she is revealed to be an excellent communicator with excellent command of English in her video interview, took a fashion risk wearing an assymetrical gown during the Presentation Show and pulled it off, and looking simply perfect during the swimsuit round.  Most pageant fans and pundits may assume that the Central-American-Most-Likely this year would be Miss Costa Rica, but I am actually more confident about this lady’s prospects over the otherwise superb Johanna Solano.

NIGERIA– Sophie Gemal.  In photos of various pageant activities, she looked like a hot mess with a messy weave.  She simply underwhelmed all throughout, exacerbated by her awkward catwalk during the swimsuit round of the Presentation Show.  Where, oh where, are the Agbani Daregos and Chinenye Ochubas?

PANAMA– Sheldry Saez.  Her type of beauty requires the right kind of makeup to be unleashed to its fullest potential.  For instance, pageant fans and pundits rated her as a favorite with an inside track to the Top 16 prior to her arrival inBrazil.  As she arrived inBrazil, pageant fans and pundits rethink their regard as she looked rather homely in candid photos and in the video interview.  Then came the Presentation Show, and she looked wonderful again, looking stunning in her white evening gown with an interesting design of silver square sequins that are arranged to form triangular patterns, and then looking smolderingly sexy during the swimsuit round.  There is this possibility that if two Central American ladies are granted Top 16 slots, she would take away Miss Costa Rica’s slot.

COMING UP: PARAGUAY to SRI LANKA