In some ways it’s a god thing that I decided to defer my Miss International homestretch review and just did a “Fearful” Forecast because the true bulk of the competition for the Japan editions of this pageant is found in the finals, as all delegates are judged and saw action in national costumes, swimsuit, and evening gown.  So having “endured” the live stream of this pageant, we have a better picture of how the 70 delegates actually performed.

I’ll be organizing my review of the delegates into “tiers”, just like the way I had previously organized my old Miss International reviews over a decade ago.  So obviously, we are going to start with the ladies that I would diplomatically put as simply being glad that they are present.  There were two or three ladies who actually belong to this tier, but had the good fortune of garnering special awards, so they will be featured much later.

AUSTRALIA – Larissa Hlinovsky.  In real-world terms she will be deemed attractive, but by stratified international pageant standards, she fits in the “plain” category.  Her sheer gown, though has the potential to make a splash on a different girl, is a fizzle on her. 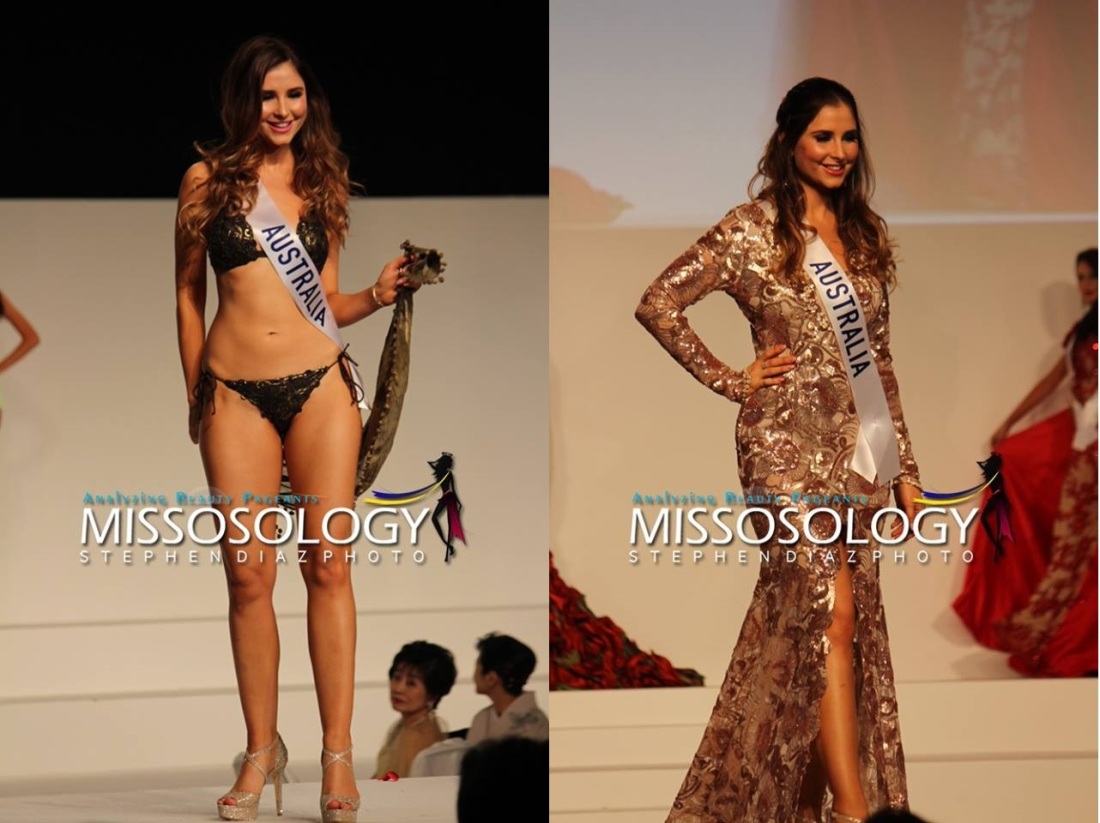 BELGIUM – Elda Nushi.  In most of her appearances, she made a distinctive impression with her frizzy blonde hair which makes me recall singer/YouTube star Tori Kelly.  For the finals, she tamed her frizz, which only emphasizes her key liabilities like her less-than-toned figure, her off-the-rack green satin gown, and her raw stage presence.  She is undeniably a pretty face, but needed work to fully realize her potential.

CHINA – Liu Xinyue.  Her simple white-and-blue costume is lovely.  But everything else is a dud–she is guilty of trying to jazz up her stage presentation with some “fierce” gestures during the swimsuit round, but unfortunately it jars with the music that was playing on the background–fierce or bouncy moves in a swimsuit round would work if the music fits the mood, but well, the music that was playing then was the same old smooth jazz which doesn’t call for such moves.  Then, there is the fact that she’s one of the plainest looking contestants fielded by this country in any international pageant. 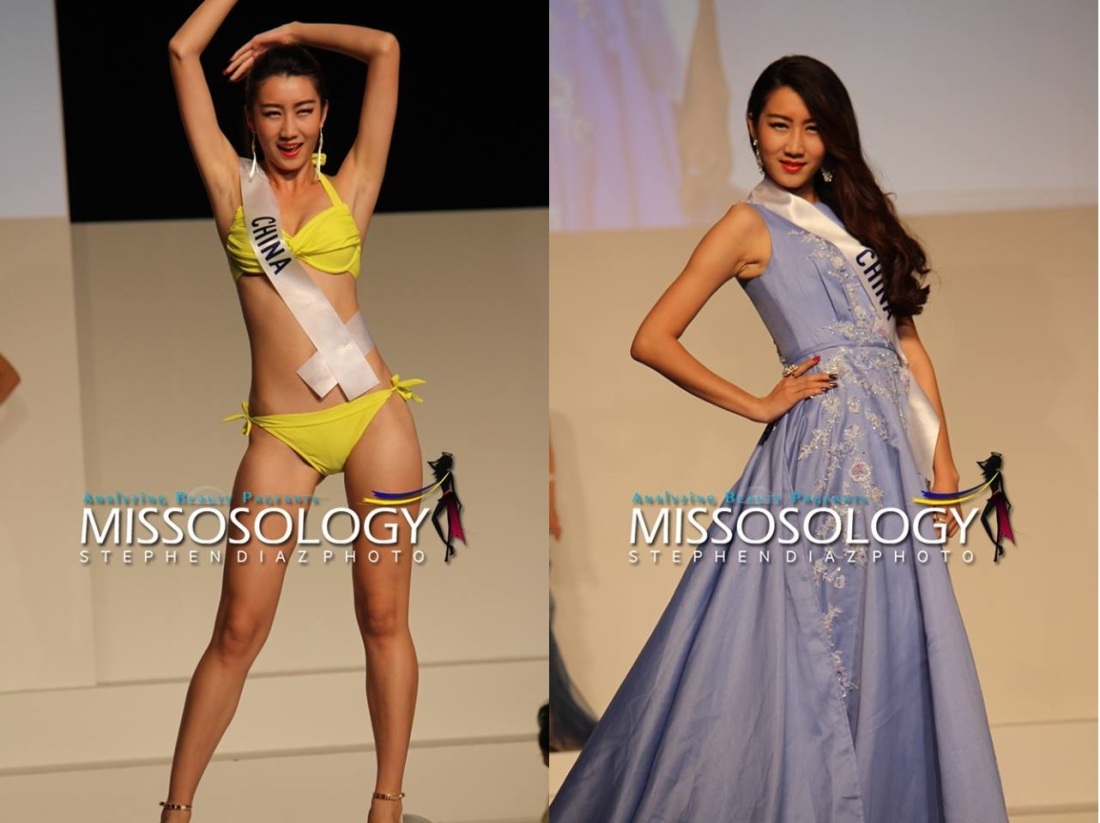 CHINESE TAIPEI – Yan Chen Ning.  If Miss China is plain, I have to be blunt and say this lady’s face is homely.  She’s also raw onstage, too.

CUBA – Heidy Fass.  I could’ve classified her as at least attractive even if she obviously had a major height disadvantage, and she was generally solid but totally out of her league.  But there were reports that put her in a bad light, as she seems to be a culprit involving some incidents with an early favorite and eventual Top Ten finisher, who was initially her roommate…

EL SALVADOR – Eugenia Avalos.  See Miss AUSTRALIA, though in her case, she’s just simply raw and unpolished throughout.  She’s also guilty of over-the-top, overbaked presentation in the swimsuit round by twirling as smooth jazz was playing.

LEBANON – Cynthia Farah.  I would’ve considered her for a higher tier but then I saw how she projected her swimsuit figure onsgate–just like Miss Belgium that Meghan Trainor song kept playing in my head when I saw her figure.

LUXEMBOURG – Natascha Bintz.  Missosology featured a solo photo of her in the swimsuit photo shoot that made me think she probably has the flabbiest figure in this year’s group.  But during finals night onstage, I was pleasantly surprised that her figure looked tighter than Mz. Belgium and Lebanon.  She still does embody that Meghan Trainor song, though, probably the best example of that song’s message.

MYANMAR – Emerald Nyein.  She’s actually a solid performer, but I just can’t get past her very plain face.  We’ve seen prettier faces being fielded by this country before. 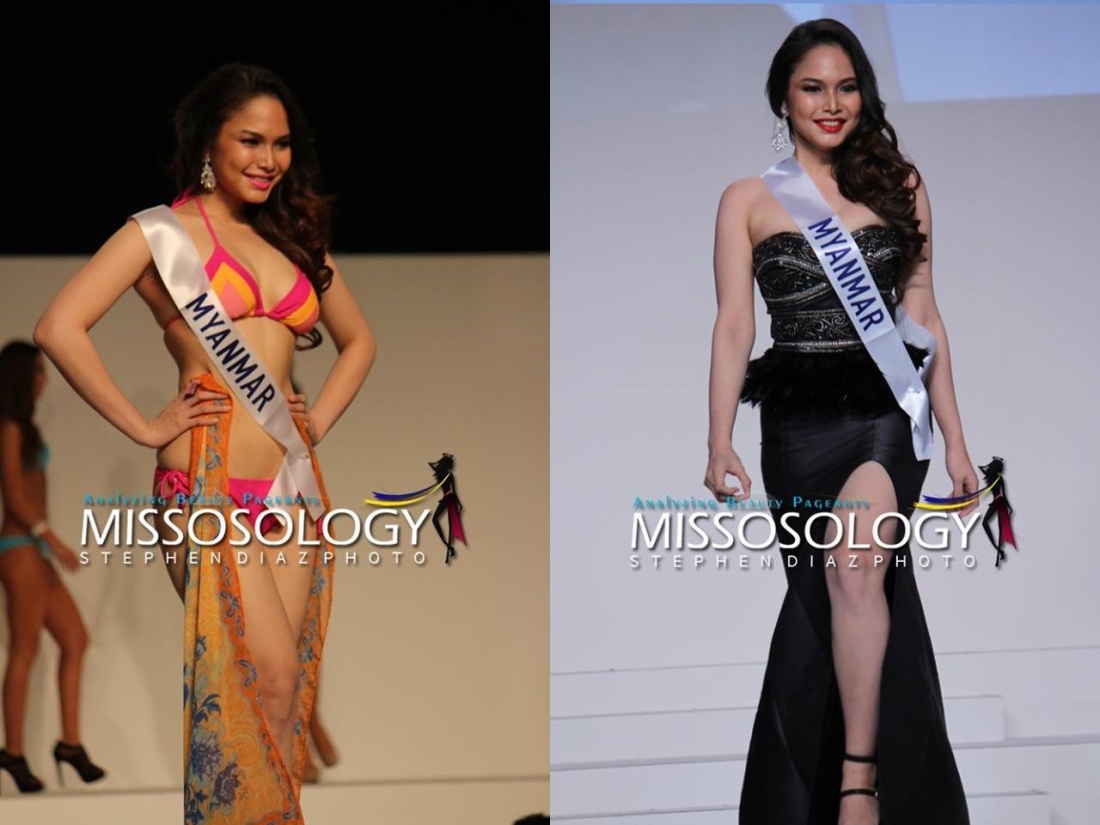 NORWAY – Cecilie Andrea Røising.  Albeit she can be classified as attractive, she has a major disadvantage with her height, and she couldn’t really overturn objections as she her stage chops are merely adequate. 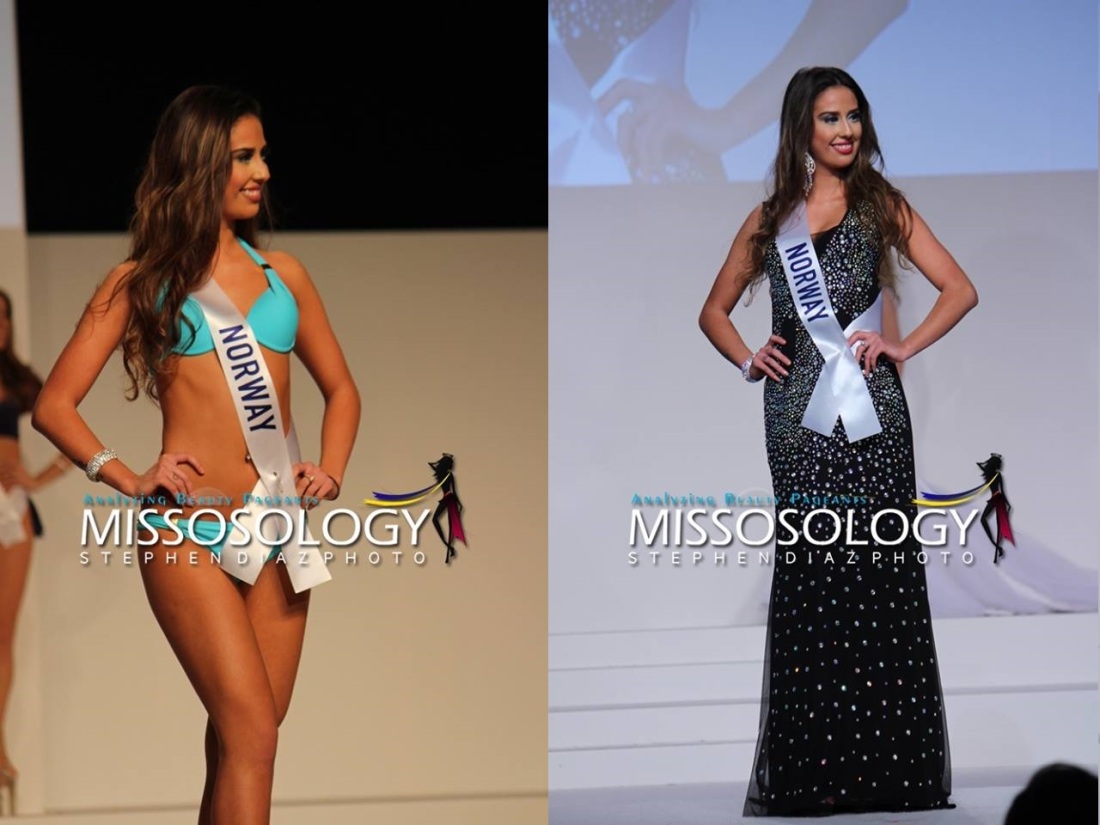 ROMANIA – Andreea Chiru.  Yes, she has experience as she saw action in Miss World and Miss Earth, but even with that experience, her plain face just ensured she generated the same outcome in this pageant like in the other two.

SINGAPORE – Roxanne Zhang.  Yes, her figure is slim and trim, and her baby blue evening gown is a sweet sight, but still she’s undeniably one of the plainer lookers out there.

SRI LANKA – Angela Jayatissa.  I would’ve placed her in a higher tier if it weren’t for her less-than-buffed swimsuit figure.  To her credit, she has a pretty face. 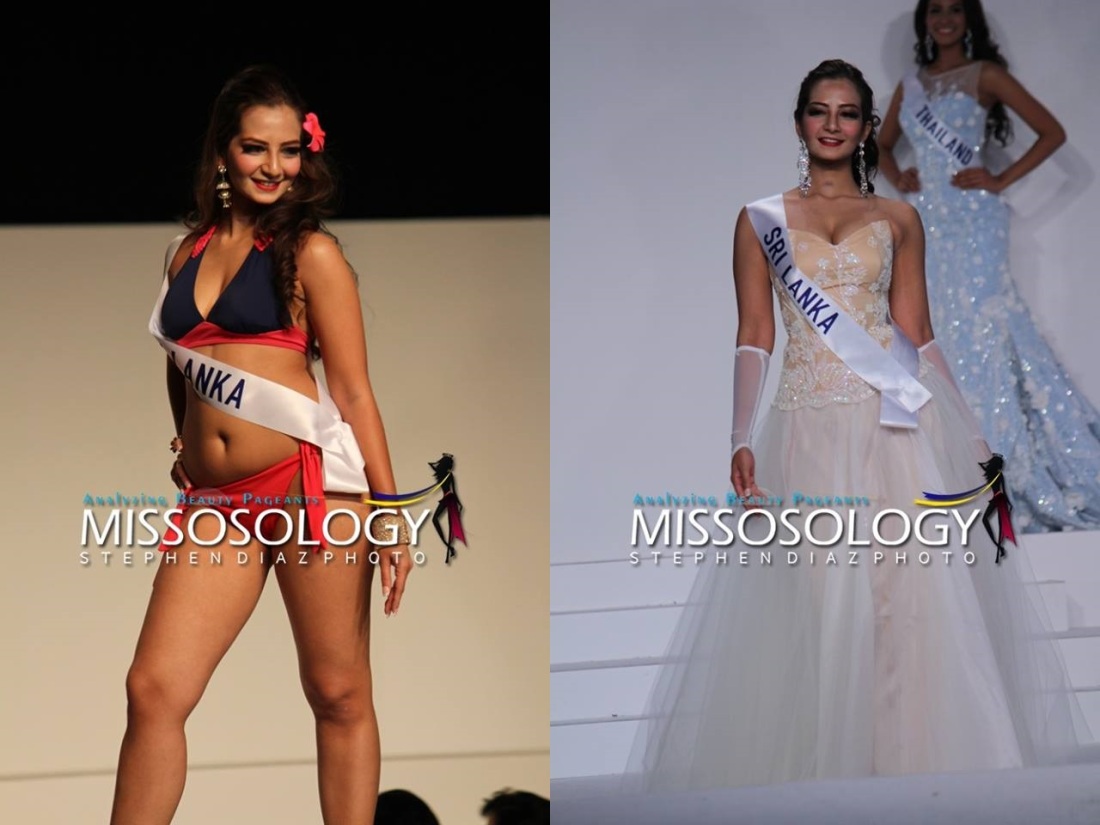 TUNISIA – Wahiba Arres.  Her facial features might be angular, but she can qualify as attractive in some angles.  Her figure is also trim enough.  What made her join this tier is her very busy long-sleeved evening gown–rather unflattering to my eyes.

All images courtesy of Stephen Diaz for Missosology unless otherwise indicated.

COMING UP:  CREDITABLE EFFORTS and DISAPPOINTMENTS