PANAMA – Julian Javier Torres.  With his boyish Latino appeal, he has been receiving rising buzz since the press preview.  It came to the point that the early buzz that went to Mexico now are going to his direction.  Will there be room for both of them to make it? 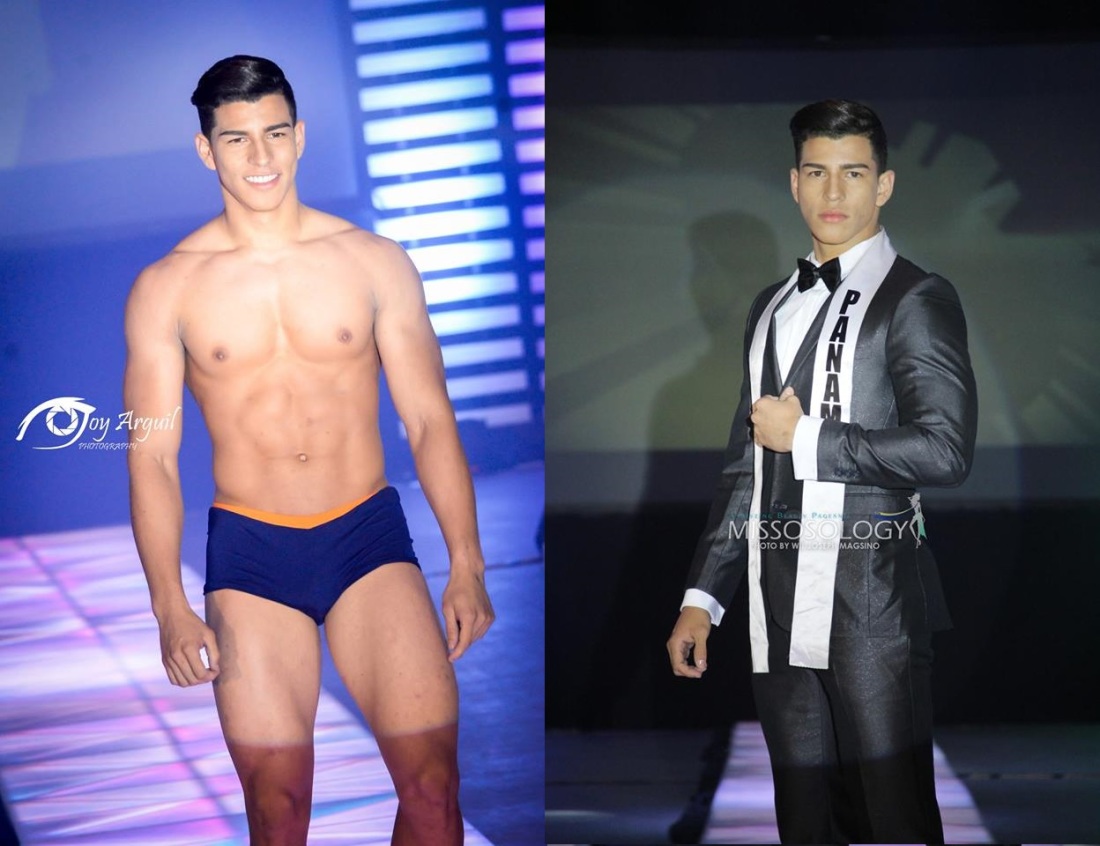 PHILIPPINES – Reniel Villareal.  I had previously mentioned in my Misters 2015 reviews that Reniel has very similar traits to the reigning Mister International Neil Perez, but with a more classically handsome face.  Just like Neil, he’s generally subdued but still exudes a quiet confidence that eventually help Neil clinch that win last February.  It’s still in the realm of possibility for Rein to pull off the back-to-back win, but there are seven formidable contenders that he would need to deal with to make it there.  In a relatively lackluster year for Asians, he’s the best one out there by far.

He obviously is so proud of his language that he prefers to speak in his native tongue even during the video interview.  I wonder if it’s the same in the closed-door interview?  Well, it would work in this instance since the pageant is being held here.  It made me reflect lately about language choice as I observe my peers and officemates ven in the BPO industry that outside of their jobs they make a conscious effort to avoid speaking in English, sometimes to the point of treating with near-disdain (or humorous ribbing) those Filipino colleagues who would use English in those contexts–those who still speak in English outside the office are often viewed as if they are pretentious snobs.  As someone whose first language is English, of course I would declare that is not really the case–but unfortunately in this society, I need to bend over backwards if I want to have better relationships with my peers.  It such a shame there are only five available top slots and there are eight that seem to be fighting for them–can Rein prevail?

POLAND – Rafal Jonkisz.  The youngest candidate in this group has probably the handsomest face in this group.  He is figuring in many pageant fans’ and pundits’ Top Ten lists, but I have a concern that his interview skills are his weak point.  But if he scores high enough with his awesome good looks, he can still make the final cut.

PUERTO RICO – Fernando Alvarez.  This guy has the most enviable physique amongst all the contenders in this contest.  He seems aware of the victories garnered by this country in other international pageants recently so he seems to be extra driven to sustain their victorious streak.  We have to hand it to him that he is indeed one of the big front-runners, but the mission to secure the victory is a daunting one with too many formidable contenders also worthy of winning. 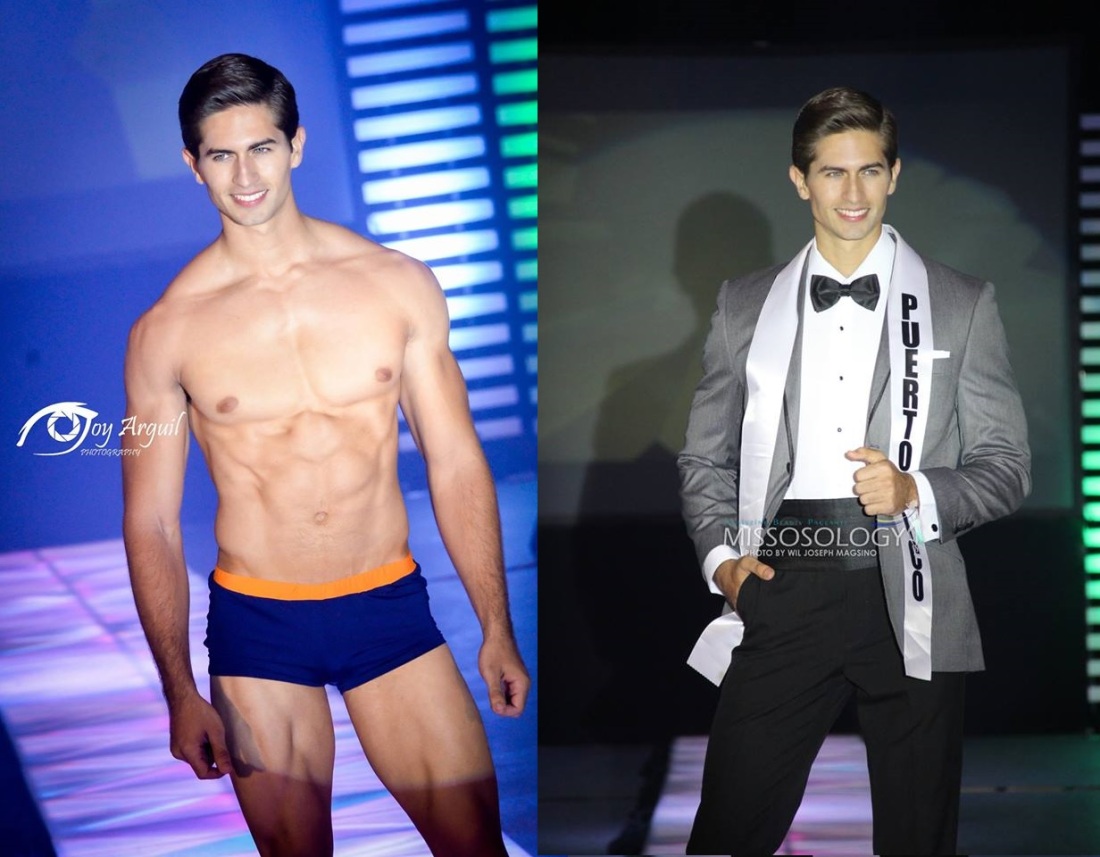 SINGAPORE – Edwin Aw.  What I noticed most about him are those two prominent tattoos on both his arms, plus that circular tattoo on his navel.  It gave him a badass appeal that could be his ticket in sustaining his country’s successful foray in this pageant.  But I quibble about his formal wear outfit in the pre-pageant night–it looks too much like his national costume, and it gave me images of a tacky aging Chinese carny barker–it seems the sort Chinese (or Korean) comedians wear.

SPAIN – Daniel Barreres.  He got a lot of hype with his part-Filipino heritage, but he was able to sustain the buzz with his towering stature, scruffy handsomeness and charisma, and a thoughtful (nearly intellectual) mien.  He also gave a wow impression in his video interview with the Filipino phrases he knows.  He can be another one to watch out for if he was fortunate to be granted a Top Five slot.

SRI LANKA – Jake Senaratne.  In a different year, he could’ve been a near semifinals contender.  But with such a formidable lineup like this one, he’s more middle-of-the-pack.

SWEDEN – Ivan Djelević Virriat. See SRI LANKA, albeit in his case, he has more handsome appeal and he has a more enviable buffed bod.

SWITZERLAND – Pedro Mendes.  Despite his Portuguese name and heritage, he is a bonafide Swiss Francophone as he and his parents moved to Switzerland when he was a one-year-old baby, and he’s raised speaking primarily French and totally absorbed in French-Swiss culture.  His handsomeness is clearly irresistible to many, and he is likable and charming.  However, his command of English is limited and may prove an issue for him during the Q&A round–from the video interview, he seems to have the potential to be the next Antonin Beranek*3.  PEPPS head Carlo Morris Galang had posted a call for French and Spanish interpreters for finals night on Facebook–will they secure those translators in time to prevent Pedro from repeating Antonin’s fate?

*3 Antonin Beranek of the Czech Republic was highly touted by pageant fans and pundits to win Mister International 2013, but his poorly constructed answer in the final Q&A round caused him to fall to 5th runner-up.

THAILAND – Chalaphon Karnwatee.  If this was 2012, he would probably be a shoo-in to the semifinals.  But with the stratified standards this year, he’s more of a middle-of-the-road contender. 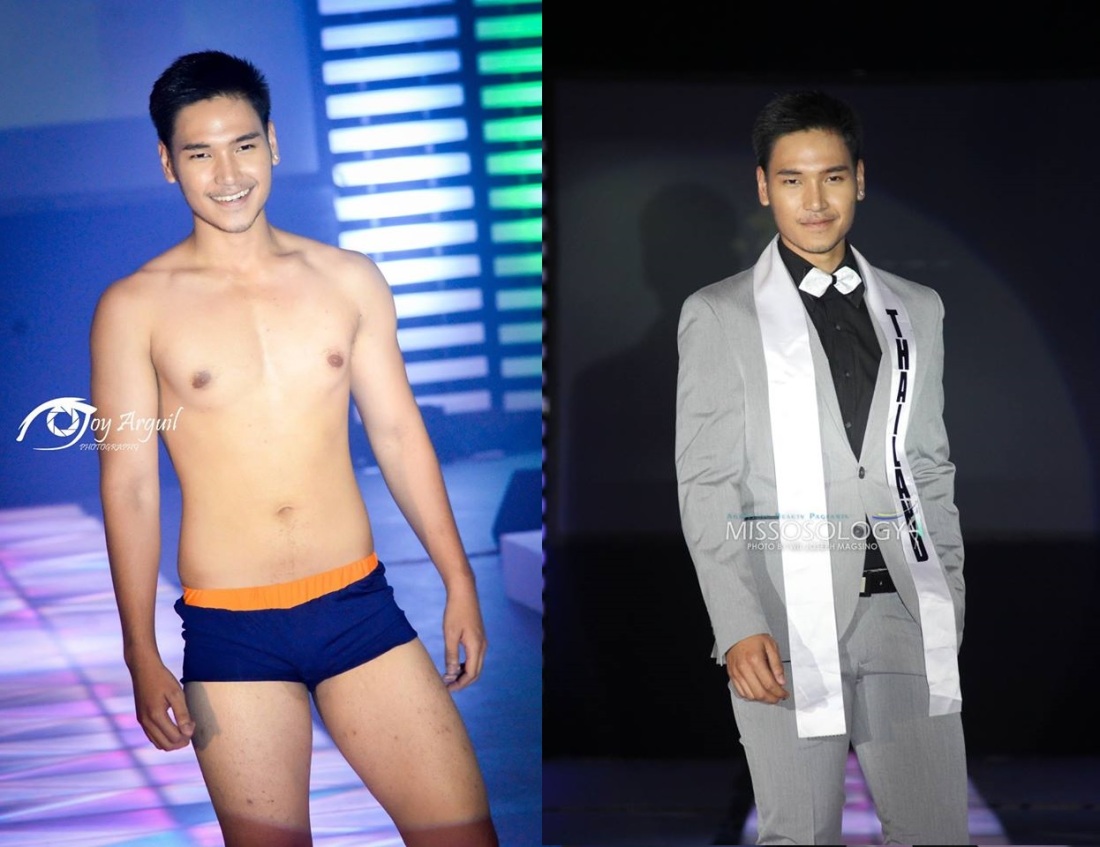 U S A – Troy Thomas.  To his credit, being the sole candidate of color could give him a diversity advantage, and he is proven to be a strong communicator.  But would those sterling qualities be enough to overcome objections about his too-lean physique?  His frame is not the buffed, beefy sort we would expect from a powerful country like the U S A–in fact, his build is something you tend to associate with contestants from an African country or Haiti. 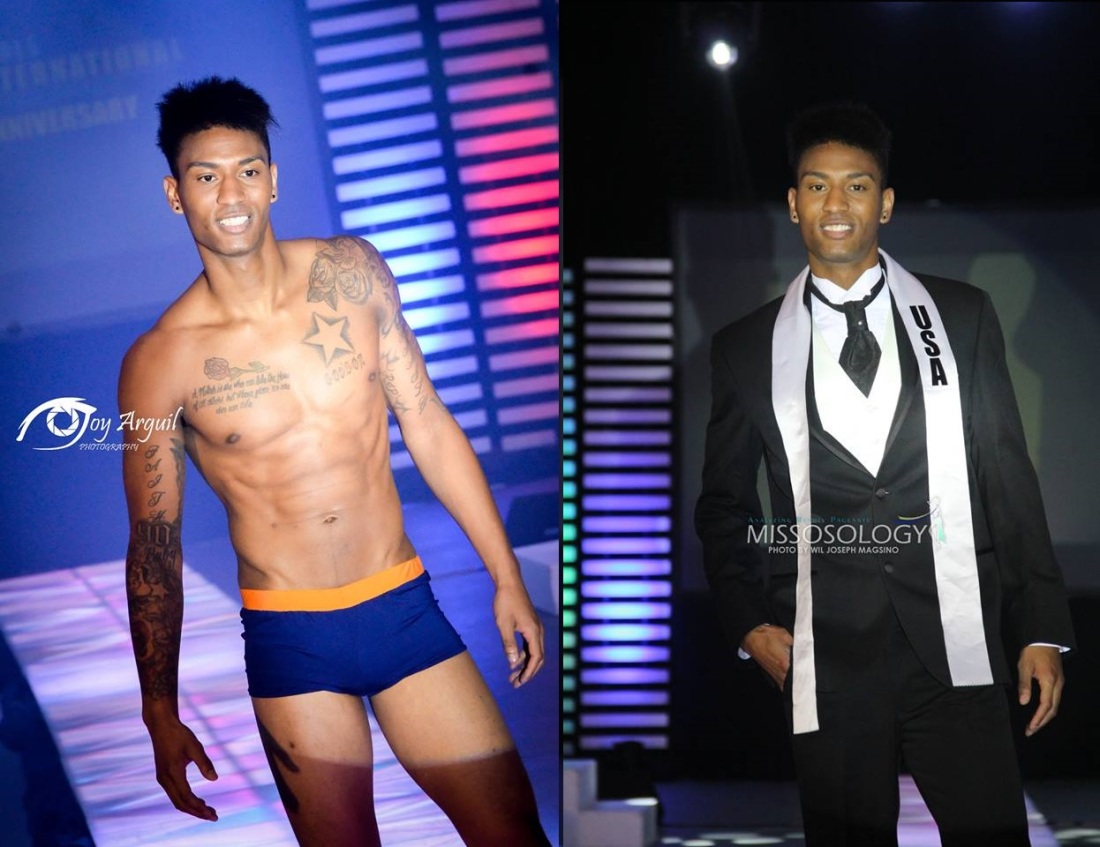 VENEZUELA – Rafael Angelucci.  He was a product of an Osmel-conducted search, as he was first runner-up in the recent Mister Venezuela pageant.  However the franchise holder is not Osmel, but a designer who handpicked him to represent the country.  He has been one of the big favorties from the get-go, and with his handsomeness he does deliver on the hype.  He has garnered a few sponsor’s prizes so he has an inside track into the Top Ten at the very least, with a possible inroads into the Top Five and even perhaps winning a second title for his country in this pageant.

With all 36 candidates accounted for, let me now trot out my leaderboard:

DIVERSITY FACTOR:  U S A

Now, here is my “fearful” forecast:

It looks like a four-way battle for the title so far featuring Australia (Chris Nayna), Brazil (ANderson Tomazini), Puerto Rico (Fernando Alvarez), and Switzerland (Pedro Mendes), and the four behind them being strong possible usurpers who could conceivably remove them–Czech Republic (Jakub Kraus), Philippines (Rein Villareal), Spain (Daniel Barreres), and Venezuela (Rafael Angelucci).  There are so many scenarios for a satisfying outcome, and this is promising to be my favorite kind of competition–high quality contestants and a battle to the finish.

Video courtesy of Zhe for Events2Images