BINIBINING 31 – Kylie Versoza.  When the initial list of candidates were announced, many pageant fans and pundits, including myself, thought it would be the “Kim-and-Kylie” show, with Kim Ross and this lady in a toss-up to who between them would take the Miss Universe Philippines and Bb. Pilipinas – International titles.  When I attended the talent competition at Gateway, I observed that it seems their handlers are packaging both of them to a certain template–Pia 2.0, anyone?  Now that Kim Ross is gone, the person packaged to be the next Pia is this lady–notice her make-up and her poses in her official swimsuit and glamshot below?  Buzz about her diminished a bit as attention seems to be increasingly focused on Angelique de Leon, Nicole Cordoves, Maxine Medina, and, okay, Nichole Manalo, but she still seems to be on-track for a title.  The question is, will she get the plummiest one? U – 9.5; I – 10; S – 9.5; IC – 9.5; GI – 9.5; G – 9.5 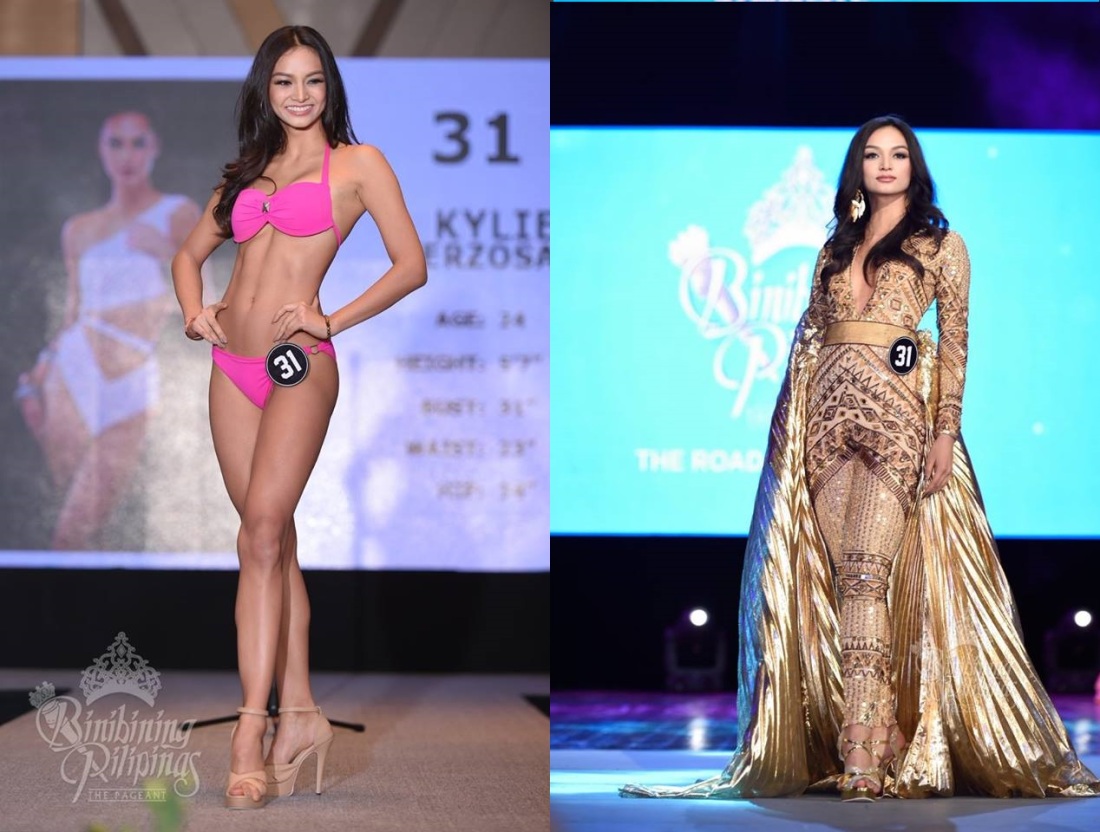 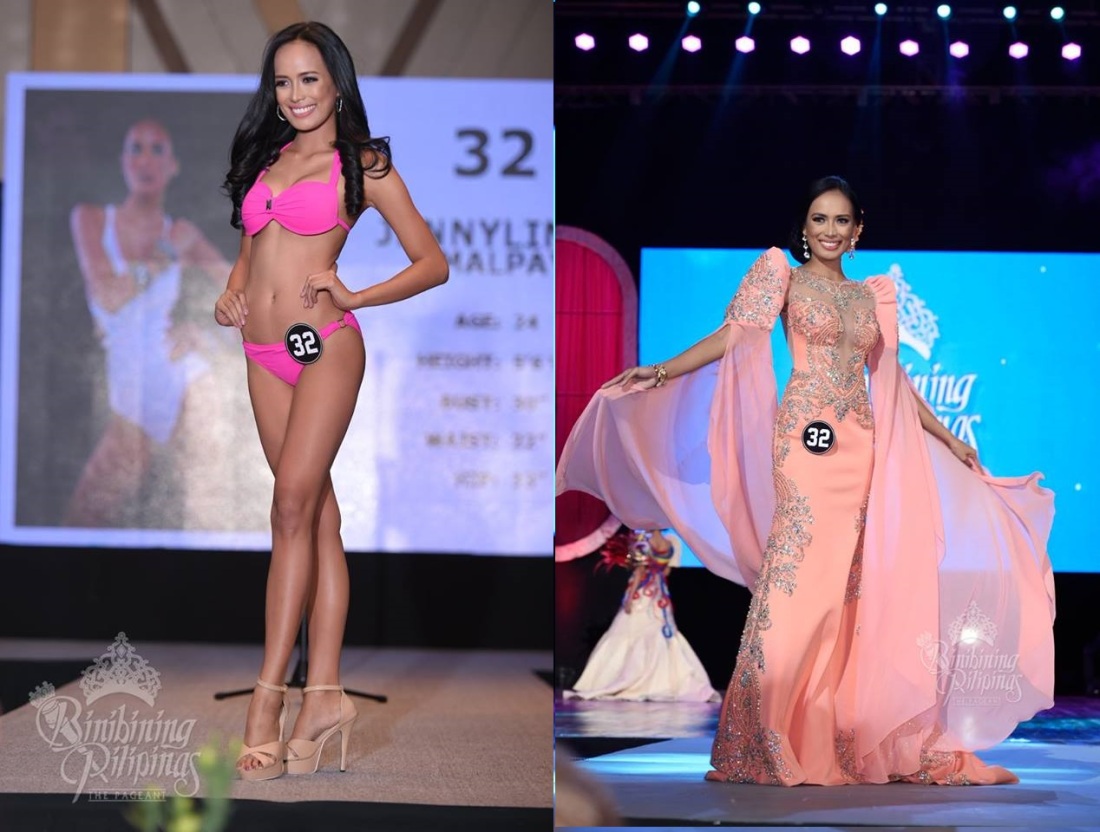 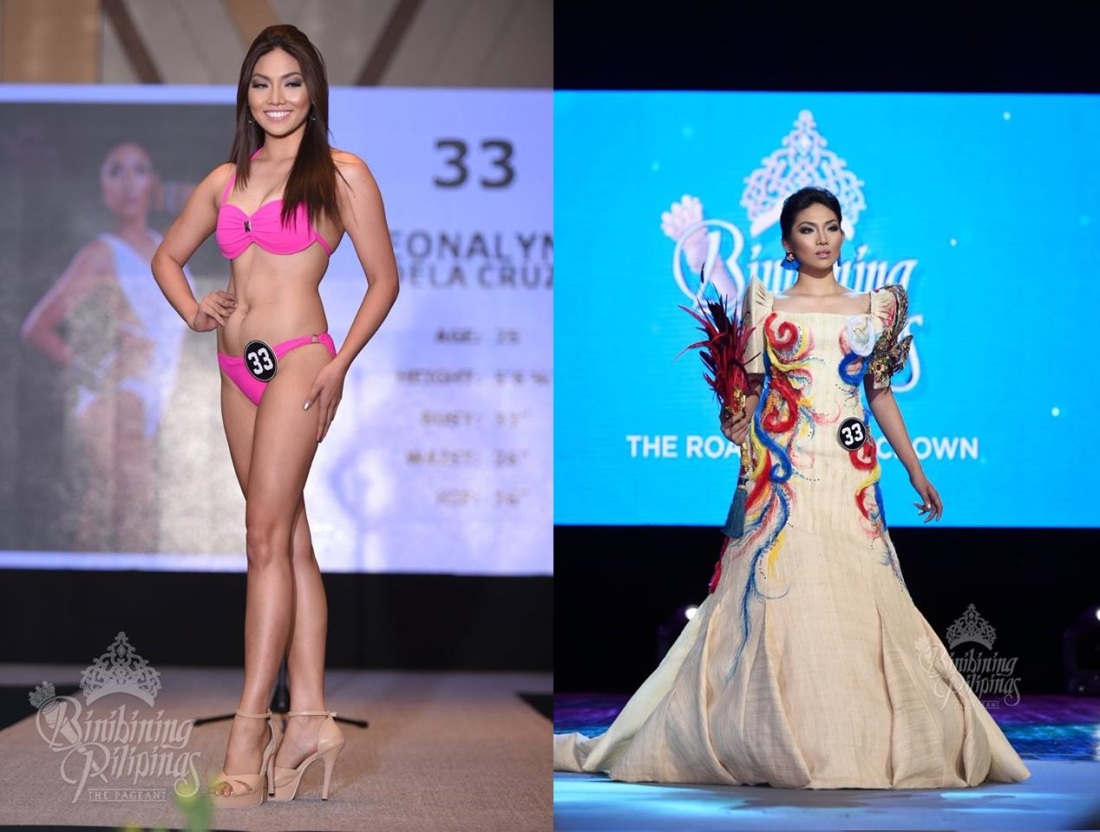 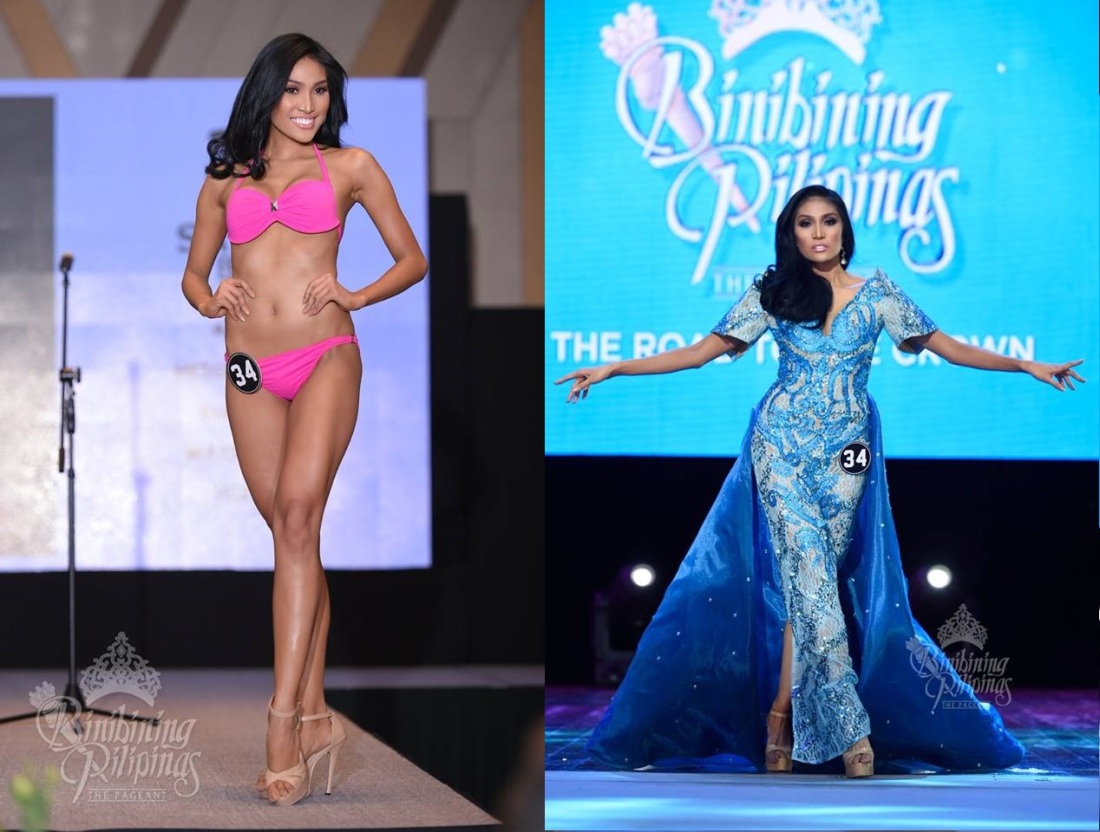 BINIBINING 35 – Mariella Castillo.  Hard to believe she last competed six years ago (and she made the semifinals during that year), and she’s still young enough to compete two more times before being totally ineligible.  This deadringer to actress and Miss International 1994 semifinalist Alma Concepcion looks as great she did six years ago, so she looks poised to make the final cut again–though there are people quibbling that her figure may not be up to snuff.  But she has these native features that are very pleasing to the eye that she could win the judges over…  U – 8.5; I – 8.5; S – 8.5; IC – 8.5; GI – 8.5; G – 8.5 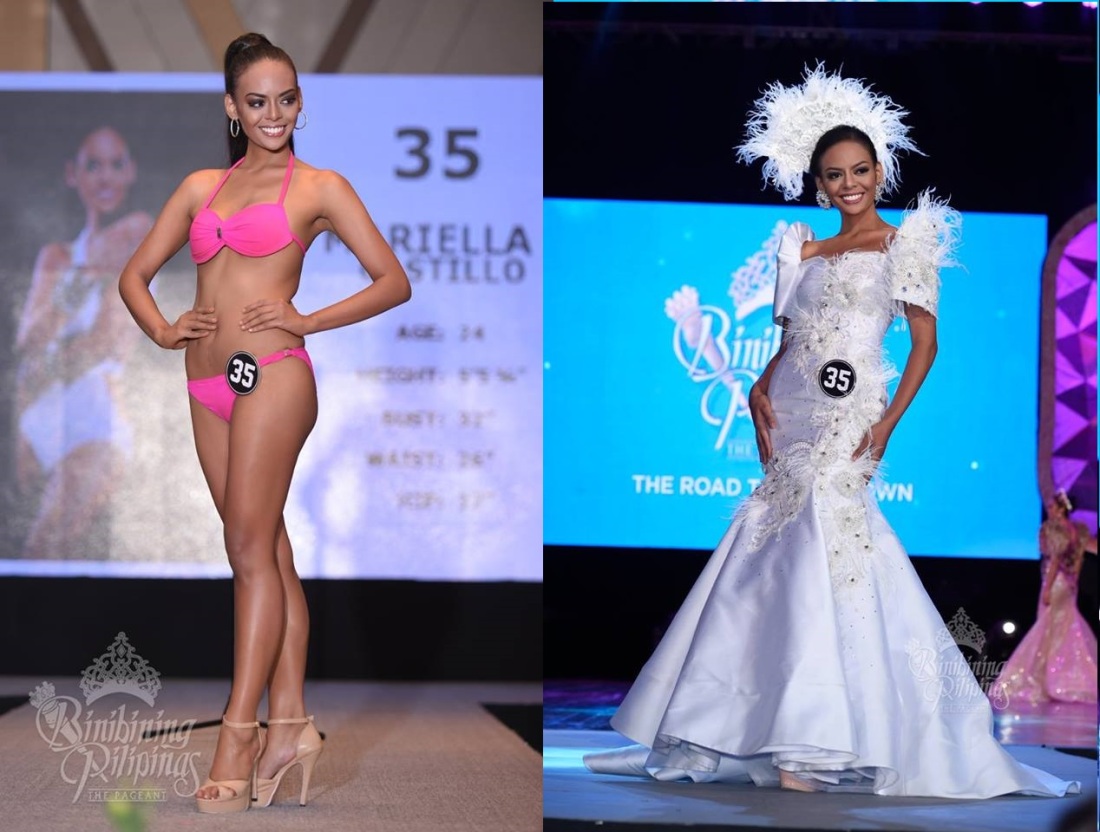 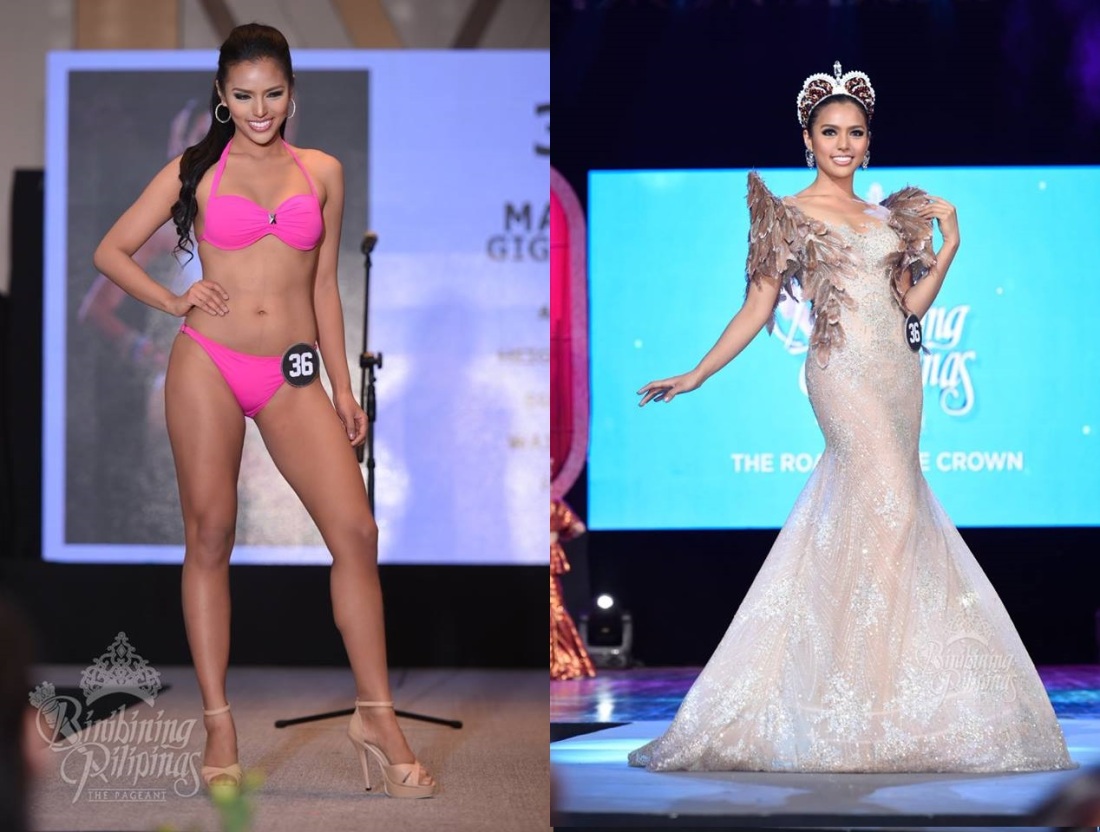 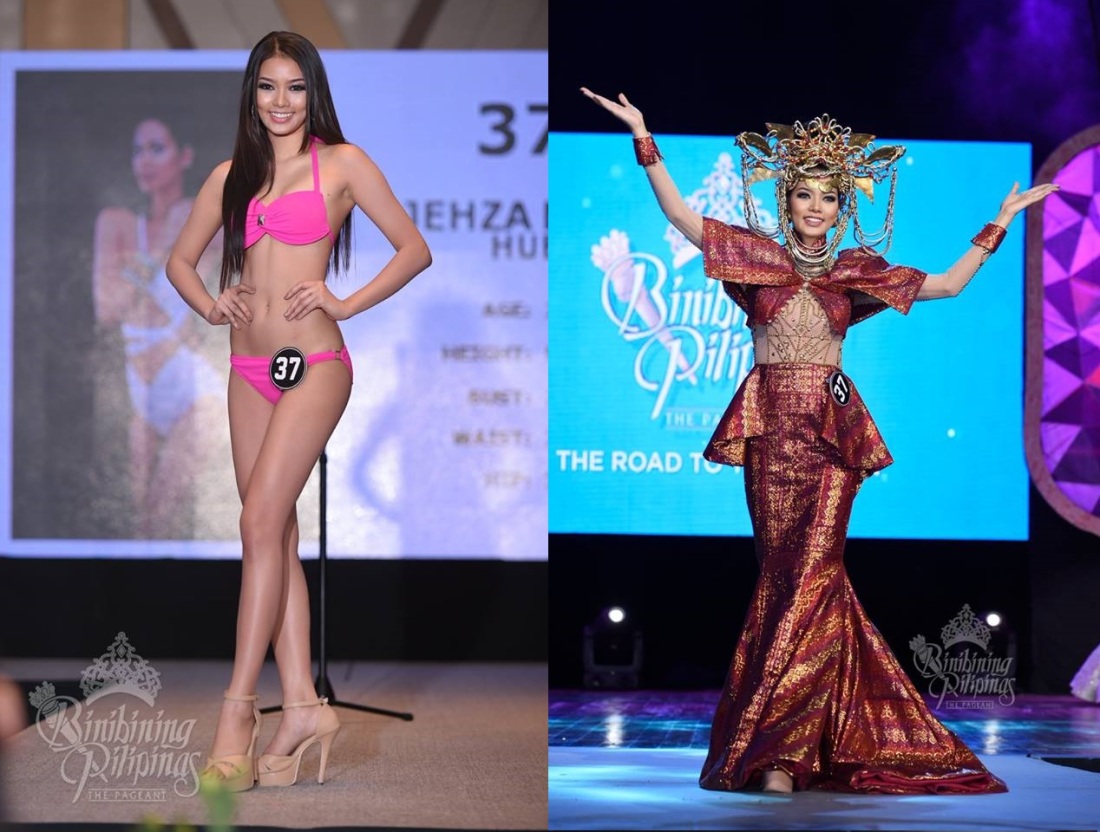 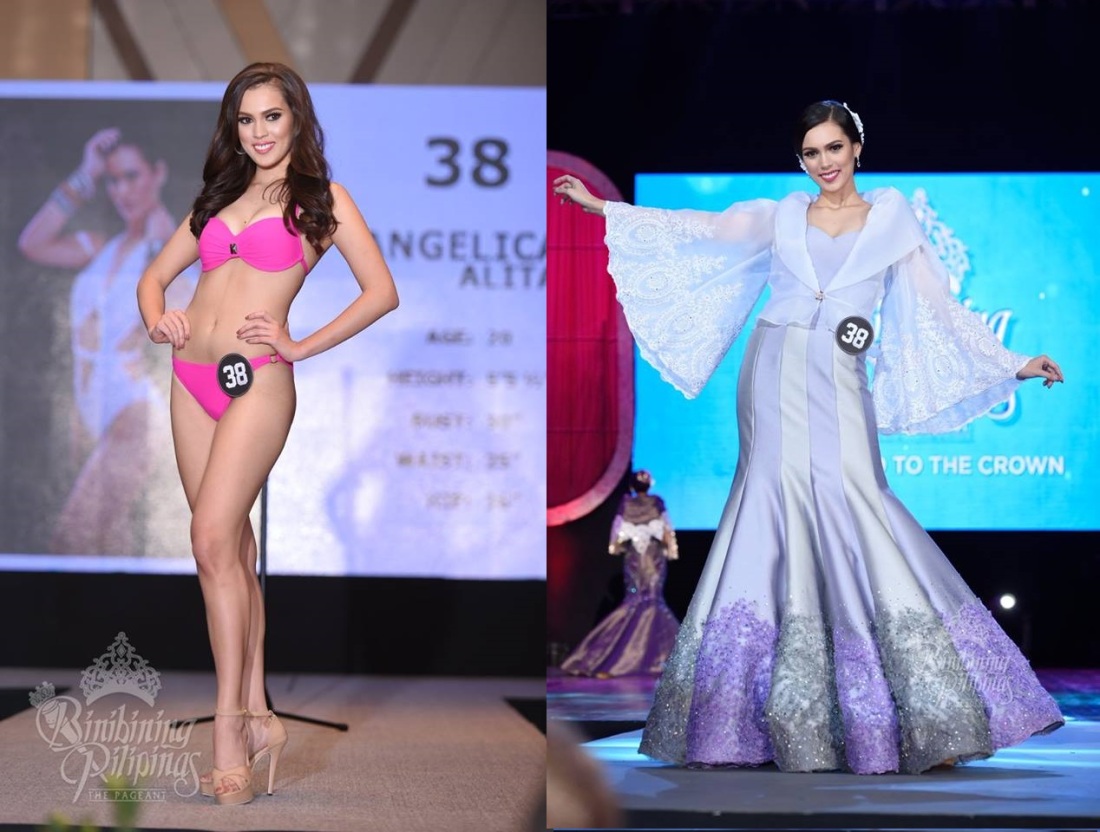 BINIBINING 39 – Sissel Ria Rabajante.  This is her third attempt and a final hurrah as this is her last year of eligibility.  Though in all previous attempts (in 2013 and last year, along with a stint at Miss World Philippines 2013) she was well regarded by pageant fans and pundits but in all occasions she somehow fell short of making the final cut.  Can she finally end her pageant journey on a high note?  U – 8.5; IC – 9 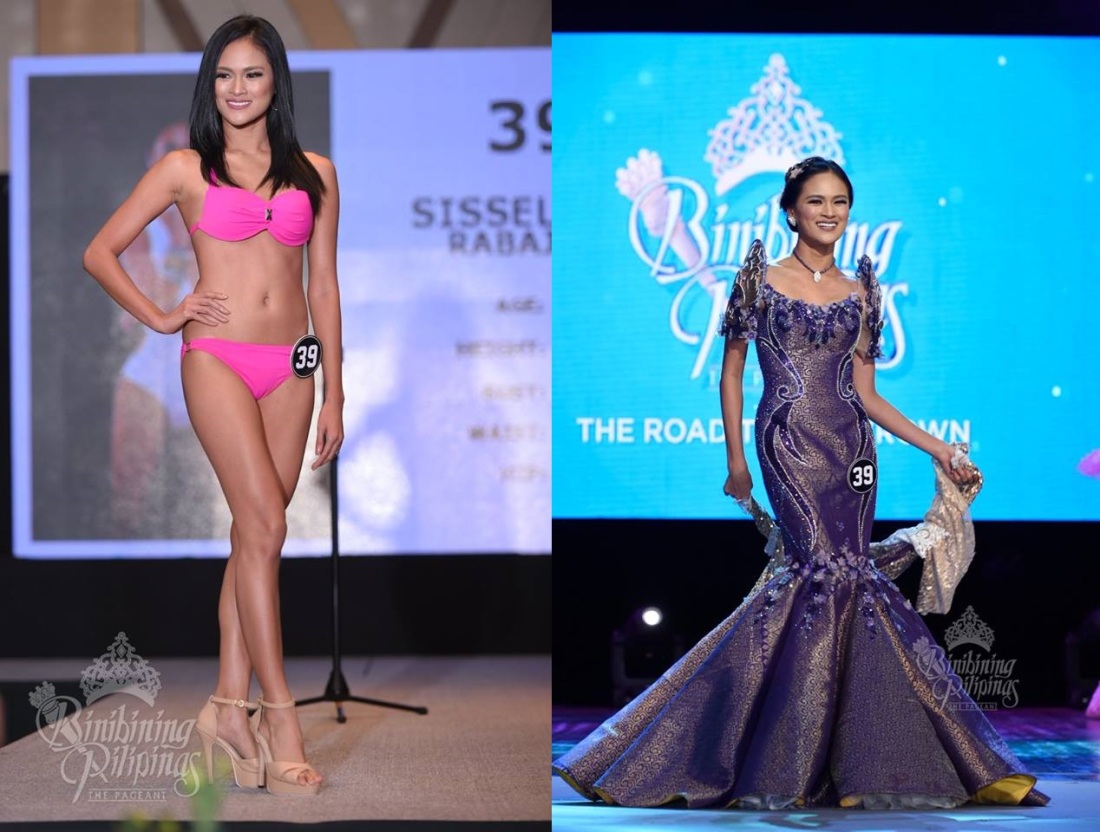 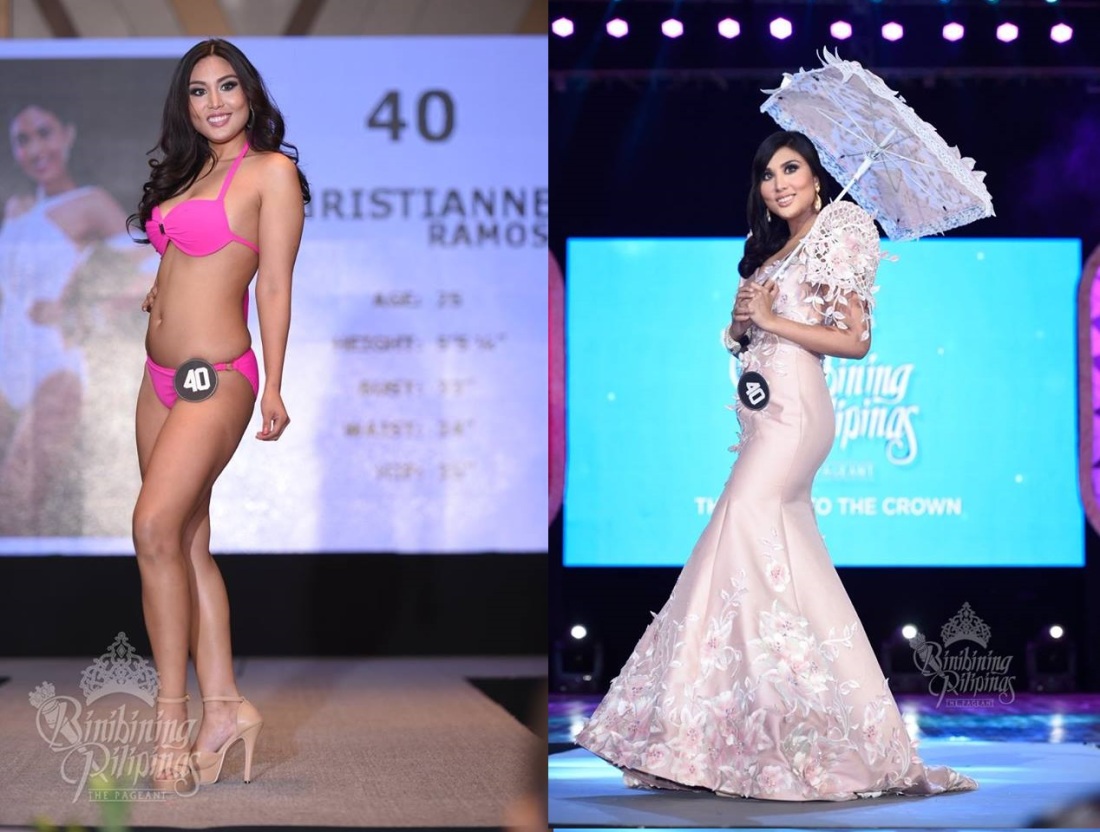 With all 40 candidates accounted for, it’s time for me to give my “Fearful” forecast, as follows:

The coronation night promises to be very exciting as besides the reigning Miss Universe Pia Wurtzbach gracing her presence to crown her successor, three of her batchmates from the Miss Universe pageant would also be present as special guests:  Mz. USA (Olivia Jordan), Myanmar (May Barani Thaw), and Malaysia (Vanessa Tevi Kumares).  Wonder if sole merit would prevail or would pedigreed politicking be at play for the final results?  I’m simply hoping for a just result.