BINIBINING 11 – Nicole Cordoves.  Several pageant fans and pundits have been hyping her as a crown contender.   I acknowledge she’s good looking and polished, but somehow I’m not quite in her bandwagon at this point.  Then again, I didn’t have that high a regard for Yvethe Santiago two years ago and Ann Colis last year and look where they had ended up.  U – 9, I – 9, S – 9, IC – 9, GI – 9, G – 9

BINIBINING 15 – Kristine Angeli Estoque.  Her cosmopolitan background traveling in various countries around the world could give her that X-factor that could help her edge out some hyped favorites.  Her native features can also make inroads in the finals if given the right mix of judges, and can work in the international arena.  I should note having watched her talent show performance that I think she is a promising songwriter (singing is another story).    U – 8.5; I – 7.5; S – 8; IC – 8.5; GI – 8; G – 8.5

BINIBINING 16 – Vina Openiano.  This veteran of Mutya ng Pilipinas (semifinalist, 2013) and Miss World Philippines (shocking non-finalist, 2013) has native features that can work in an international arena, but she needs to pass muster with the right mix of judges.  Pageant fans and pundits are thinking it is a bit of a cutthroat battle for her to make the final Top 15, but I think it’s still very much within reach for her.  U – 9; I – 7.5; S – 9; IC – 9; GI – 8; G – 9.

BINIBINING 17 – Priscilla Kimberley dela Cruz.  Yes, she is a fair-skinned mesitza, which is normally highly prized in our shores, but she also has these too-strong angular features that it would be an uphill battle for her to both make the final cut and make inroads in the international arena.  At least she made a big splash with her unconventional Ati-Atihan costume designed by Rocky Gathercole during the Fashion Show event.  U – 7; I – 6; S – 6.5; IC – 6; Gi – 6; G – 6. 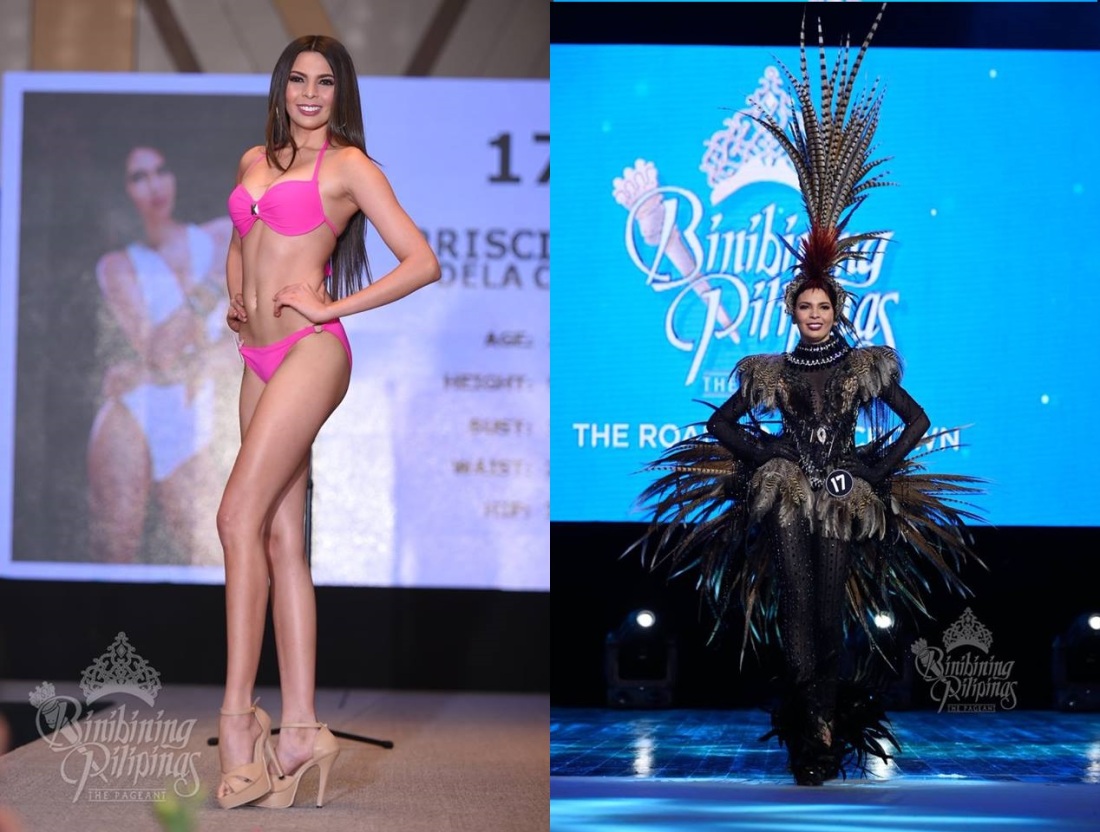 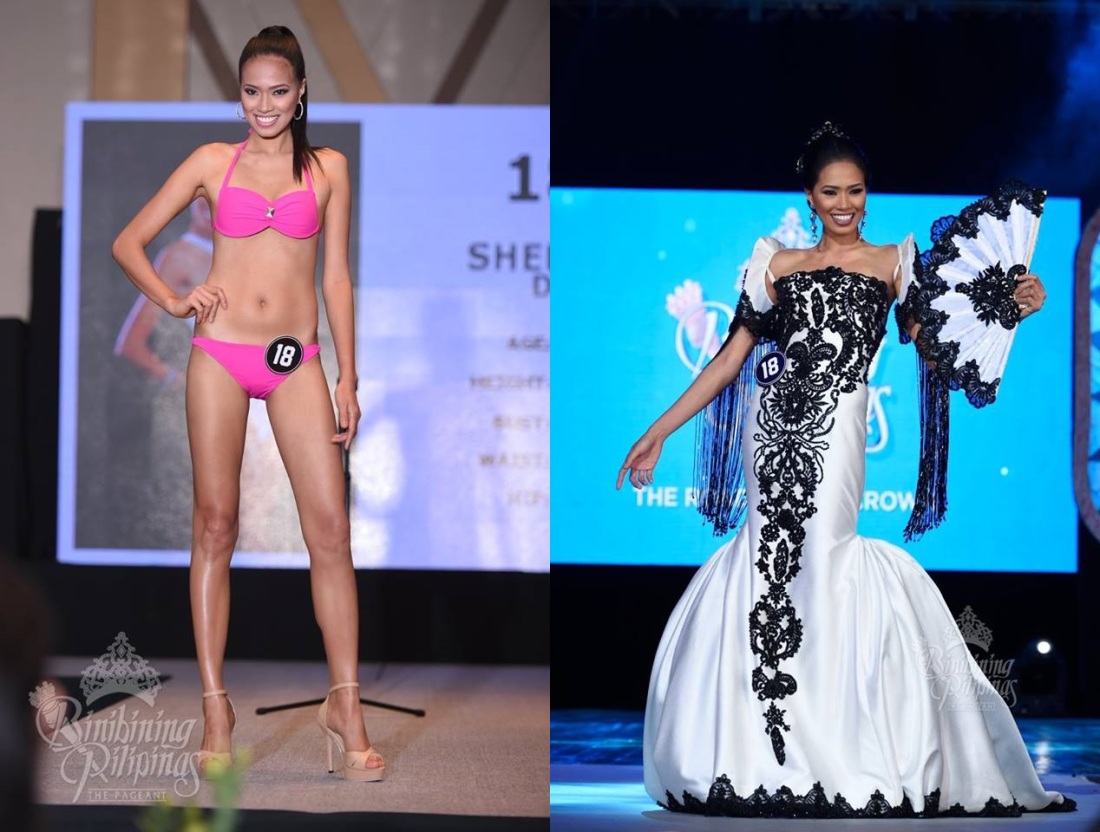 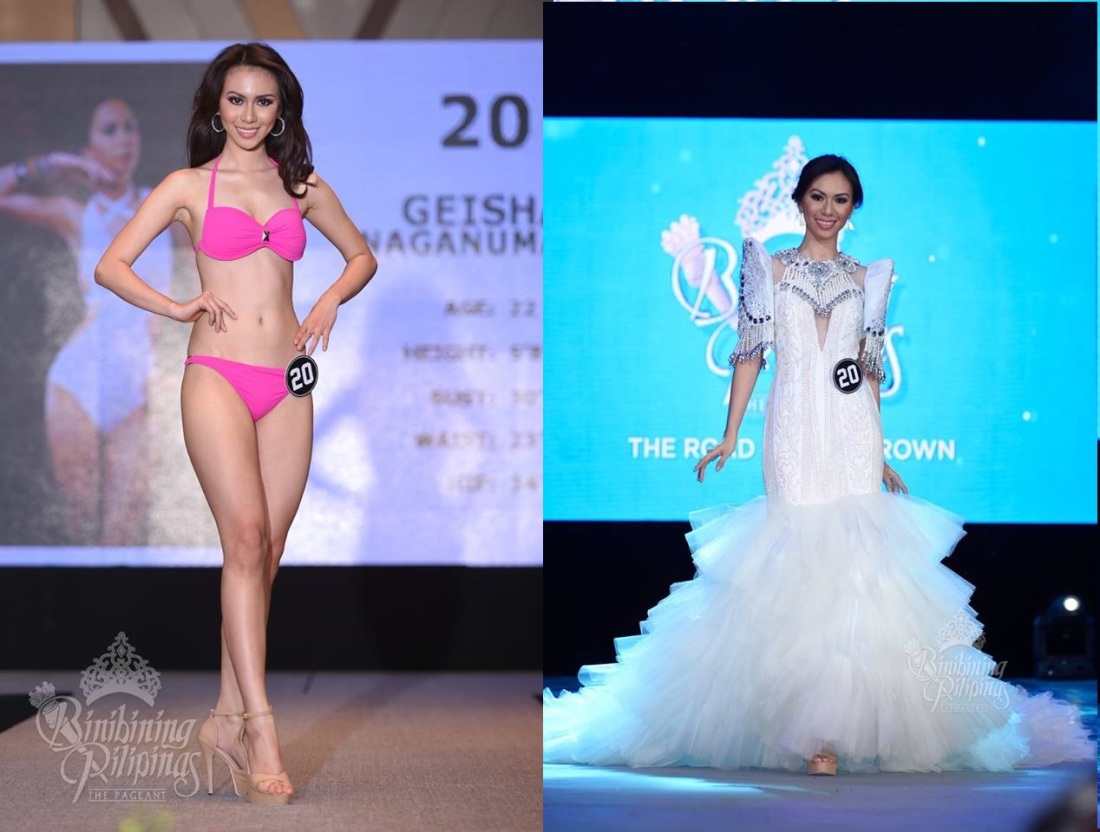