Now, it’s time to discuss the ladies generating the most buzz and likeliest to make the cut and take the crown.

This country is normally a powerhouse in this pageant but it is currently experiencing a three-year drought.  However, Spain (Elizabeth Ledesma) fielded a striking, gorgeous looker and it is poised to return to prominence this time. 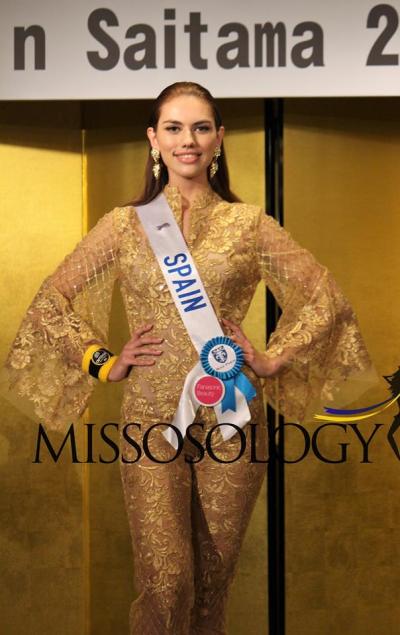 Many fans are clamoring for a back-to-back win for our country in this pageant, and arguably Philippines (Maria Angelica de Leon) is indeed the strongest Asian in this batch.  She has the looks, the style, and the communication skills to deliver.  Showcasing her opera skills at an event may help bolster her chances as this organization tend to like such classical repertoire.  However, though it seems she has been whipped to as close as Miss Universe 2015 Pia Wurtzbach‘s shape as much as possible, there is still a cloud that the Japanese are not into fuller shapes like hers and well there are detractors among pageant netizens who had been fat-shaming her.  Will her other strong qualities help overcome any resistance to her curvy frame?  I’m hopeful she can do it, and though I’m not expecting her to win, as long as she makes the cut it will be  a major victory for me. 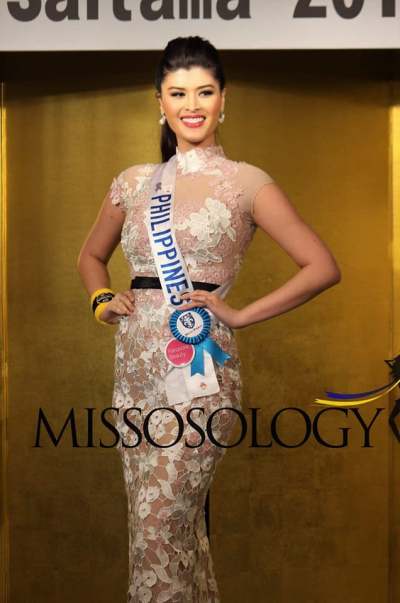 Belarus (Polina Pimakhina) has a Top 10 finish at last year’s Miss Supranational in her belt, and she’s actually making a stronger impression here than in that pageant, so she could be the third Belarussian to make the cut–I’m not expecting her to equal the showing of Yuliya Sindzeyeva (2nd runner-up 2007) but she’ll be a big credit for her country. 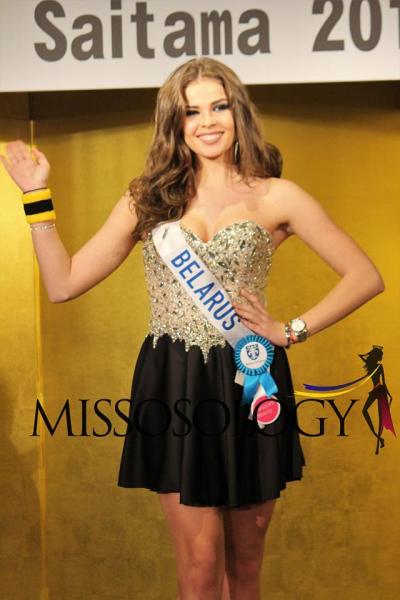 Russia (Elena Kviatkevich)’s Hayden Panettiere-ish looks makes lots of heads turn and she is poised to be among the likeliest to make the cut. 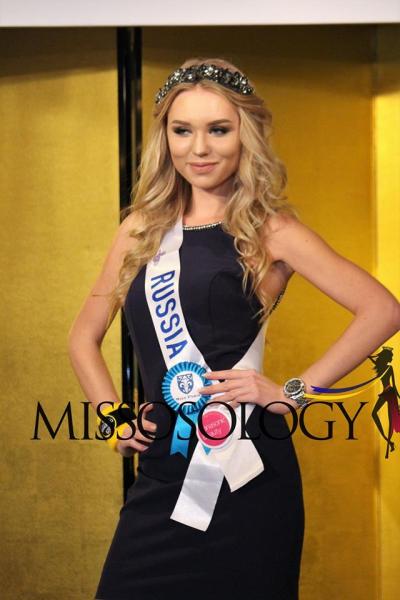 Brazil (Bruna Zanardo) may not be considered a conventional beauty but with a Miss Earth-Fire title*2 under her belt last year, she is known to be a stage dynamo and it is known the bulk of the game in this pageant is stage presence.  I don’t expect her to make it as far as the winner’s circle but those stage chops would serve her very well. 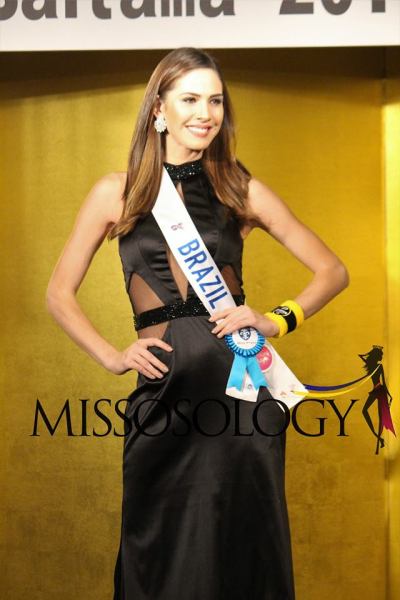 Canada (Marta Magdalena Stepien) is a redhead with a stunningly beautiful face.  If she has her predecessor’s stage and communication skills (and Canadians tend to be strong communicators), she can make major inroads into the winner’s circle. 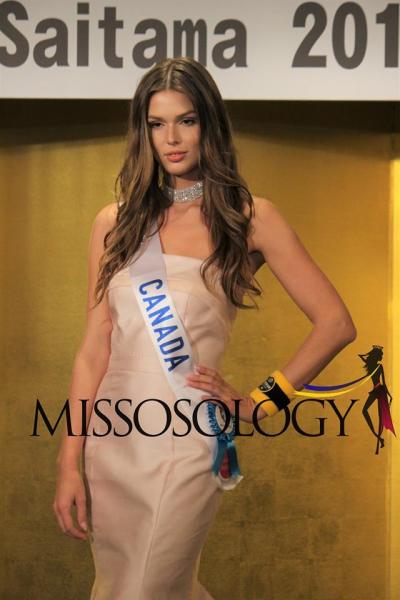 Two Africans made the biggest splash at the Women’s Entrepreneurial Forum, and they make a strikingly contrasting pair.  Ghana (Abigail Martey) turns heads with her towering height and strikingly appealing face, but with her strong speaking skills she can probably duplicate a Eunice Onyango-style feat.  South Africa (Tayla Skye Robinson) has never made the cut in this pageant, but this relatively petite blonde with an undeniably gorgeous face may deliver that long overdue breakthrough. 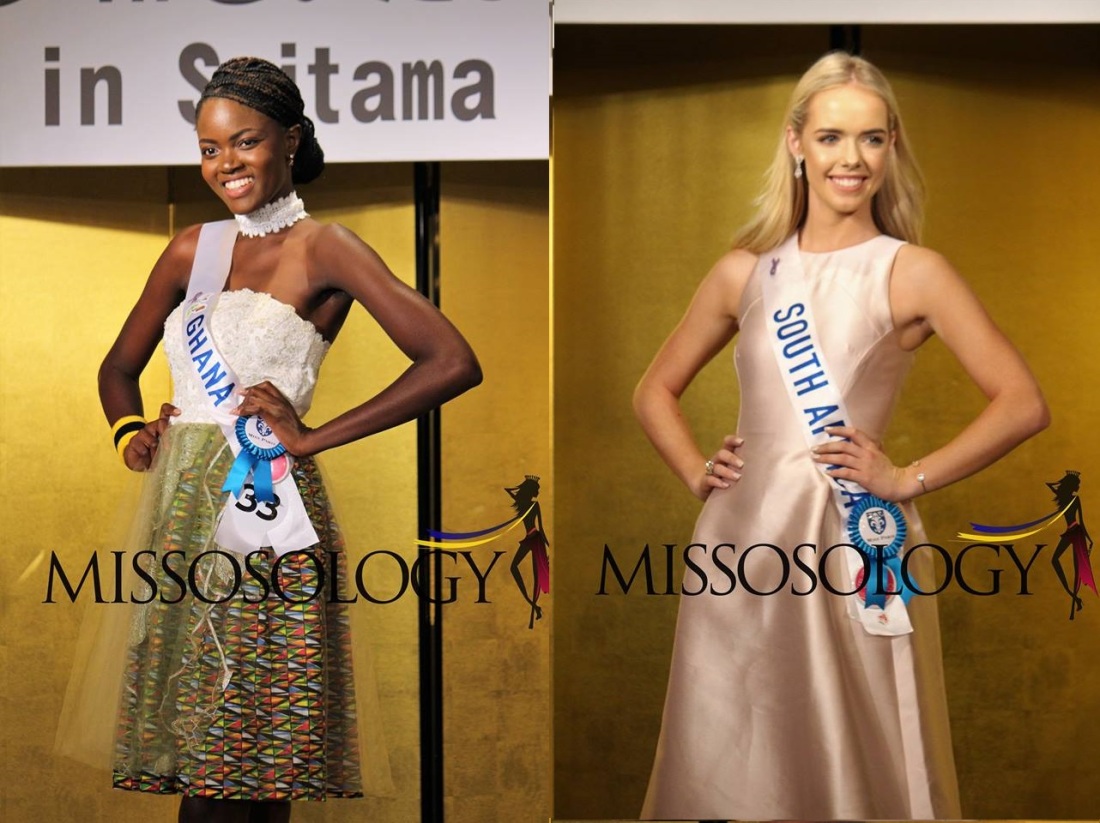 Generating heaviest buzz are two Latinas, Colombia (Vanessa Pulgarin) and Mexico (Citlaly Higuera), both possessing charisma and flair in spades.  Now, it would depend if they have strong commands of English as this might be a factor that could spell the difference if they can make it within the winner’s circle or not, as there are two Africans poised to take their perceived rightful slots away. 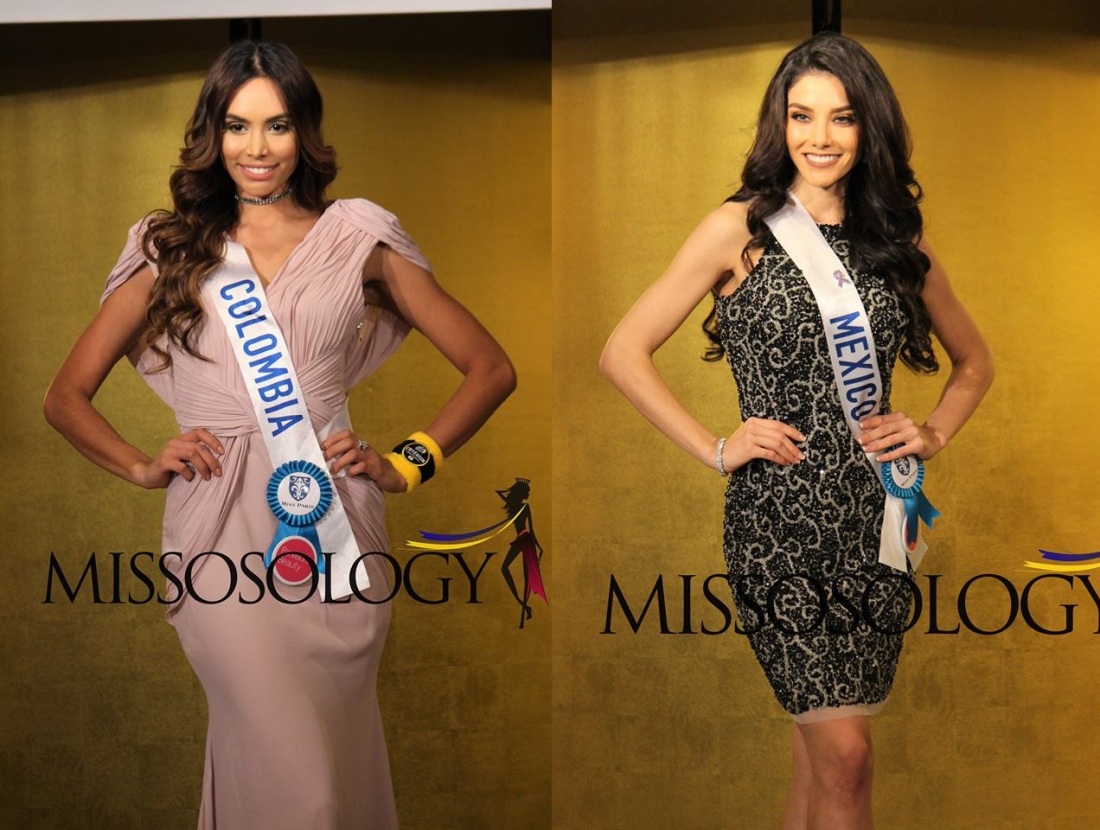 Two highly regarded Miss Universe veterans are making a huge splash and vindication are in the cards for both of them.  Interestingly they both competed in editions that are held after their designated years had passed.  Curacao (Chanelle de Lau), veteran of the 65th edition, so far has made no false move as she is clean and polished.  In fact, I would recommend for the finals she channels a Miss Universe legend–1997 4th placer Verna Vasquez as Chanelle resembles much closer to that legend than Puerto RIco’s Valerie Hernandez three years ago, and Valerie played the Verna card to victory.  Lithuania (Patricija Belousova) was a revelation during the 63rd edition with her stunning beauty and stage presence.  It is expected that will be at play in the finals but bolstering her buzz is that she’s also a standout at the Women’s Entrepreneurial Forum. 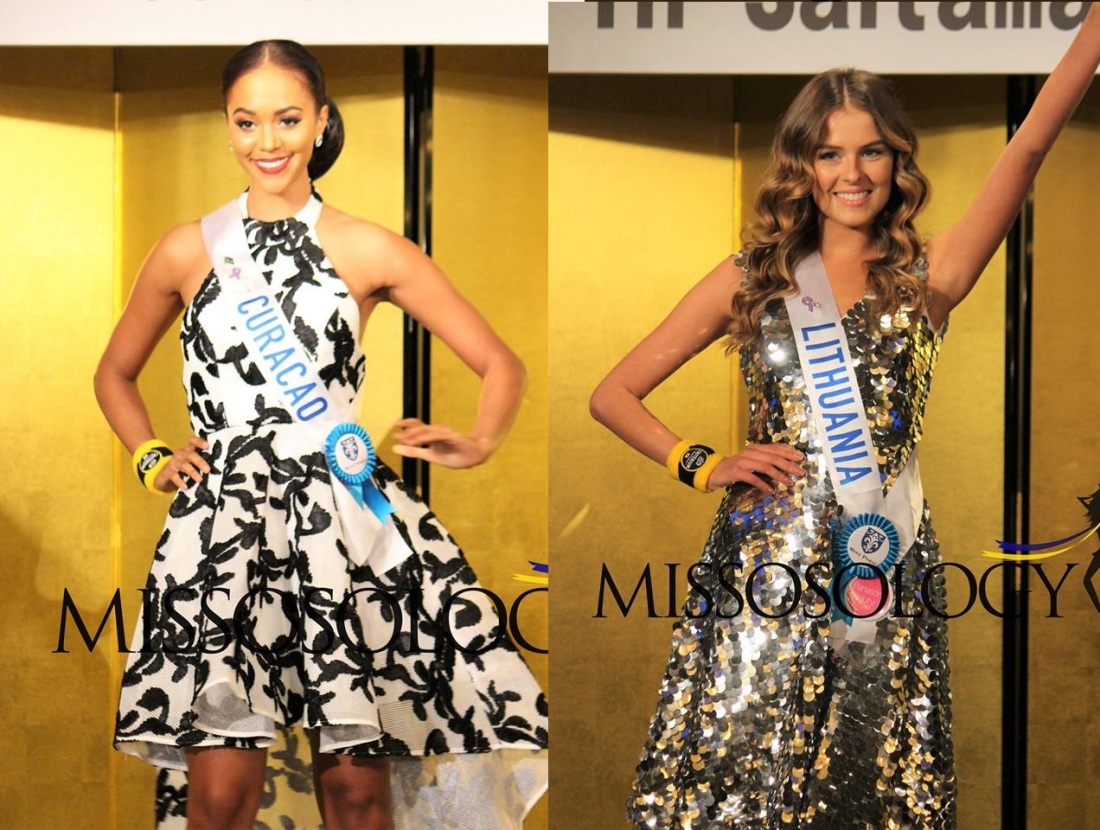 But the one who is making the best  impression so far is a veteran of last year’s Miss World.  Venezuela (Diana Croce) may have been a non-starter there, but she’s the most celebrated girl in this group this year.  Somehow her features have softened and she registers as warm and approachable (unlike the admittedly aloof and forbidding vibe “Marmegantina” a.k.a. Jessica Duarte delivered last year).  It’s not a lock for an unprecedented 8th Miss International title for her country, but at the rate she’s going this is likely.  If that happens, she joins the ranks of France’s Sophie Perrin, Norway’s Anne Lena Hansen, and Lebanon’s Christina Sawaya as Miss World also-rans who eventually got to snag this crown. 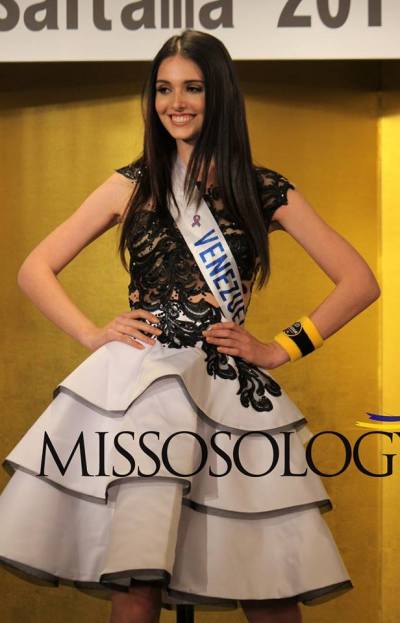 With the standouts accounted for, here’s my “fearful” forecast:

Based on what I’m seeing in this year’s batch, it’s more of a Latina season than an Asian season this time with two stellar Africans out to upset the existing order, and the biggest buzz are going to veterans of major pageants seeking vindication for their frustrating non-placements.  It’s turning out to be more interesting than I initially thought–can’t wait to see how this all unfolds tomorrow.

All images courtesy of Stephen Diaz for Missosology unless otherwise indicated.